When I bought my car back in 1991, it was missing an engine and tranny but still had a 12 bolt posi under it.  For high school I dropped in a 350 with a TH-350 tranny out of a 72 Nova 4-door.  For the next 2 years I was continuously looking for a 396 engine because that's what my car originally had it in.  I passed up on a 402 that had one cylinder sleeved and I thought I would never find an untouched 396.  Then one day one of my closest friends tipped me off on a guy that was selling a 396 out of an old '67 Caprice Station Wagon.  I went and met with him and he told me it was a 396 in the original car, and that when it runs it smoked on start up and on deceleration.  The engine was still sitting in the Caprice Station Wagon and  I asked him how much he wanted.  He said $500 and I could have everything attached to the motor if I pulled it myself.  This included the TH-400 tranny, air cleaner to exhaust manifolds, power steering pump, and the frame mounts for the engine, minus an alternator and fan because these were removed.  I also ran off with the perfect hood hinges for another $20.

I pulled the engine and hauled it home and put it into storage, cause I knew I would be restoring this car one day. 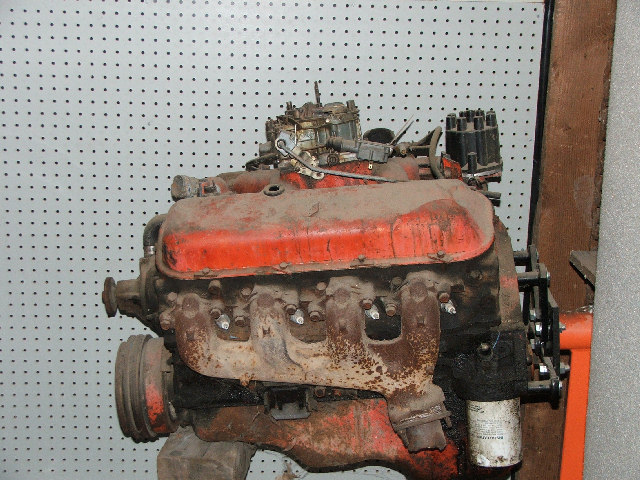 Finally in early 2005, I loaded this engine in the back of my '97 Toyota Tacoma and brought it to my new house to start rebuilding it . 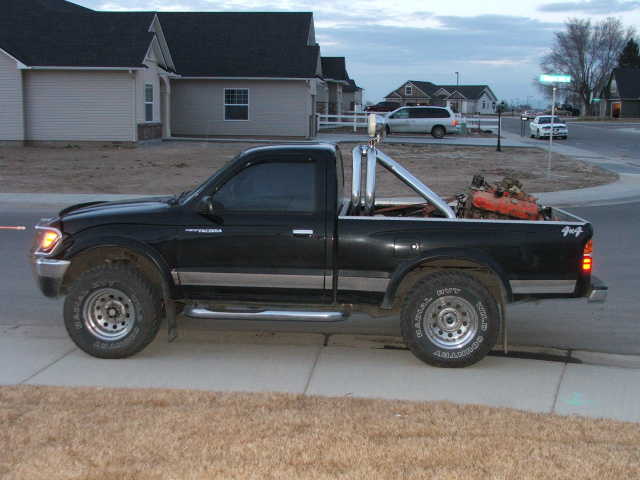 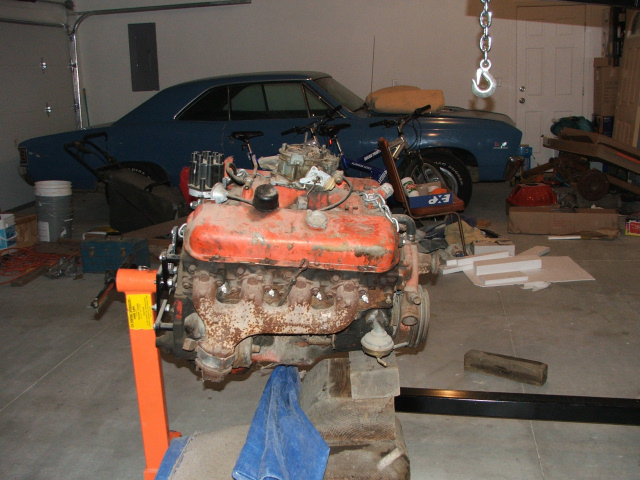 Engine Page 2 / Back To Main Page